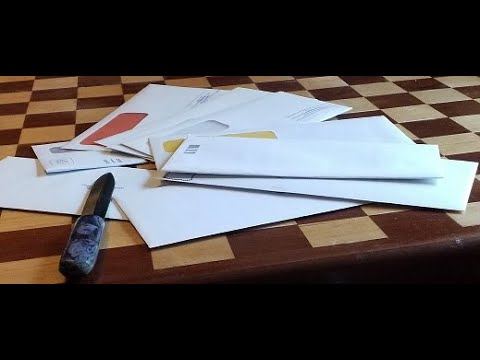 Dealing with the DREADED Pile of Mail!

Giving Gifts in the Age of COVID-19

If you have kids, there’s a good chance that toys make up a significant part of the clutter in your home. This isn’t just talking about the toys that the kids play with and leave on the floor, either; the more toys your kids have, the more likely it is that a decent portion of them see little, if any play. That is, until you want to get rid of some of them… then it’s your child’s favorite toy that can never, ever be parted with.

Chances are, this wouldn’t be nearly as big of an issue if you were the only one buying toys for your kids. Unfortunately, a lot of relatives (we’re looking at you, grandparents!) like to buy toys and presents for the kids whenever an opportunity presents itself. Some will back off a bit if you ask them to, but others will keep buying new toys even if you explain that your kids already have too much. What’s a parent to do?

Some might say that you should just let your kids have the toys… after all, it’s not hurting anyone. Research suggests that might not actually be the case, though. A study by Alexia E. Metz (2017) and others found that the more toys were available to toddlers during playtime, the lower the quality of that play was. Given that toy overload is most likely to happen while children are young, those relatives who keep giving toys to your kids may actually be reducing the effectiveness of the play they’re trying to encourage.

Researchers such as Skrupskelis (2006) and Colliver (2019) have long found that play is an important part of healthy mental development in children. It promotes learning, language development and overall mental health. This isn’t saying that your child’s mental health will suffer because Grandma picked up another Pikachu doll, but long-term periods with toy over-saturation could potentially reduce the impact and effectiveness of play during your child’s early years.

So what can you do? If your relatives won’t stop giving your child gifts even after you ask them to, there’s a good chance that quoting modern psychological research won’t help your case much either. That doesn’t mean you don’t have options, of course. You could suggest alternate gifts such as clothes, outdoor toys or even things like covering the cost of swim lessons. This way your relatives can still buy things for your kids but you aren’t getting an endless supply of toys to fill your house with.

Another option is to simply act as something of a floodgate, putting up occasional toys to give to your child later. This won’t always work, but it can be an effective strategy for out-of-town relatives who ship the presents to you. You can also double down on your organizing, buying new containers to help contain the toys… this limits the number of toys that are immediately visible to your kids, taking advantage of the “out of sight, out of mind” mentality to reign in the number of toys played with at any given time.

And keep in mind that you don’t have to do this with every toy. Especially if it’s been a while since your kids have gotten anything or if the toys are intended to celebrate a milestone or achievement. Just remind yourself that sometimes it’s ok for your family to buy toys for your kids so long as they don’t go overboard.

Skrupskelis, A. (2006). Importance of Play in Creating a Mentally Healthy Environment for Children. PsycEXTRA Dataset.